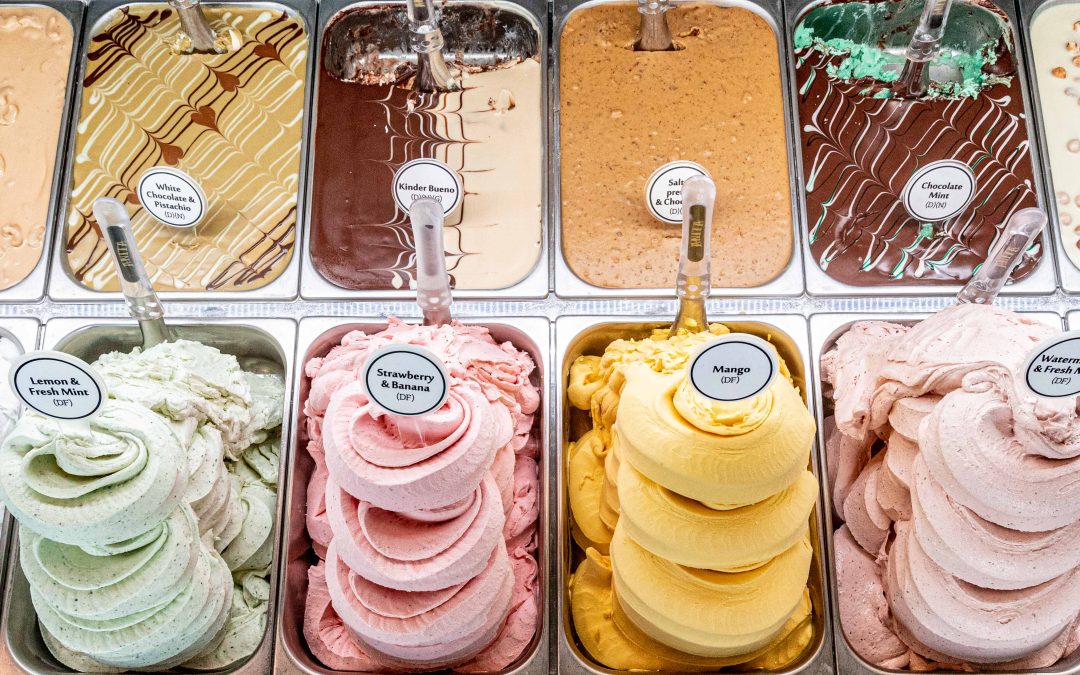 Nostalgia will flood the neighbourhood when the machines start churning again at the location once known as Brisbane’s home of ice cream.

More than 25 years after West End’s Peters Ice Cream Factory closed its doors, gelato will once again be produced on site when West Village welcomes the sweet arrival of a brand-new ice cream icon.

The world-famous Anita Gelato will open in June and the owner, Adi Avital, believes the iconic location is a serendipitous spot for their inaugural launch into Queensland.

“We are beyond thrilled to be opening up our first Queensland store at the site of the former Peter’s Ice-cream Factory in the West End. It is an honour to be carrying on the mantle from a well-loved and quintessentially Australian brand.

“When we first saw the site, it was love at first sight and we knew we had found our Brisbane home for Anita Gelato. We are looking forward to delighting Brisbane with our internationally famous gelato and adding the sunny city to our stable of locations that now includes Barcelona, New York, San Juan, Sydney and Tel Aviv,” Adi said.

West Village is proud to host the first Queensland location for the international gelato sensation as part of their brand-new dining precinct.

Anita’s had modest beginnings in a small Mediterranean kitchen and, 20 years later, has become a global success story thanks to its quality gelato.

Behind only the USA, Australia is the second highest country in the world for ice cream consumption.

When Peters-Arctic Delicacy Co. opened its doors on Boundary Street in 1928, it set in motion nearly seven decades of employment that shaped the character of West End. After the closure of the factory in 1996 the site was used for warehousing and office space, studios and various events.

“To see that gelato will be produced again on site in the 1920s brick warehouse, at the centrepiece of West Village, is a great moment for Brisbane, and for those who remember the famous ice cream factory.

“The goal of West Village is to create a landmark living heritage village and by delivering new residences and shops like Anita Gelato ensures we are really creating a new destination for all of Brisbane, steeped in rich history,” he said.

Anita’s world-famous boutique ice cream had modest beginnings in a small Mediterranean kitchen, almost 20 years ago. Mama Anita, with the help of her youngest son Nir, would whip up tasty frozen treats for friends and neighbours. He’d prepare the ice cream base, while she made the addictive jams they mixed in, to give Anita’s ice cream its delicious home-made flavor. In time, Nir began to sell their ice cream from a cart at a weekly, local market and it was a huge success, which eventually led to the opening of the first store. Soon word spread, older brother Adi came aboard, and, since then, the little ice cream parlor that could has become a successful international chain with branches from Australia to New York.

Anita’s boutique ice creams are 100% hand-made from natural ingredients, and whatever your favourite flavor, Anita has you covered. You can pick from over 150 different kinds of frozen yogurt, sorbets, and organic sugar- free, fat-free, soy-based and real cream-based ice creams. Tempting toppings include fresh fruit, syrups, premium chocolate, and in particular, the jams, that still come straight from Mama Anita’s own kitchen. Each new flavor still has to get Mama Anita’s personal stamp of approval, and her heavenly touch can be tasted in every scoop. Anita is an ice cream lover’s paradise and the secret to its success is that the focus remains on bringing friends and neighbors together for really great, lovingly prepared ice cream.

·       * The country that consumes the most ice cream is USA, followed by Australia then Norway (source: https://www.mymochi.com/blog/fun-facts-about-ice-cream-that-you-didnt-know/ )

·       Australia is one of the leading consumers of Ice Creams in the World with a high per capita consumption level (source: https://store.globaldata.com/report/cs1921mf–consumer-and-market-insights-ice-cream-market-in-australia/ )

·       The average number of licks to finish a scoop of ice cream is 50 (source: https://www.mymochi.com/blog/fun-facts-about-ice-cream-that-you-didnt-know/ )